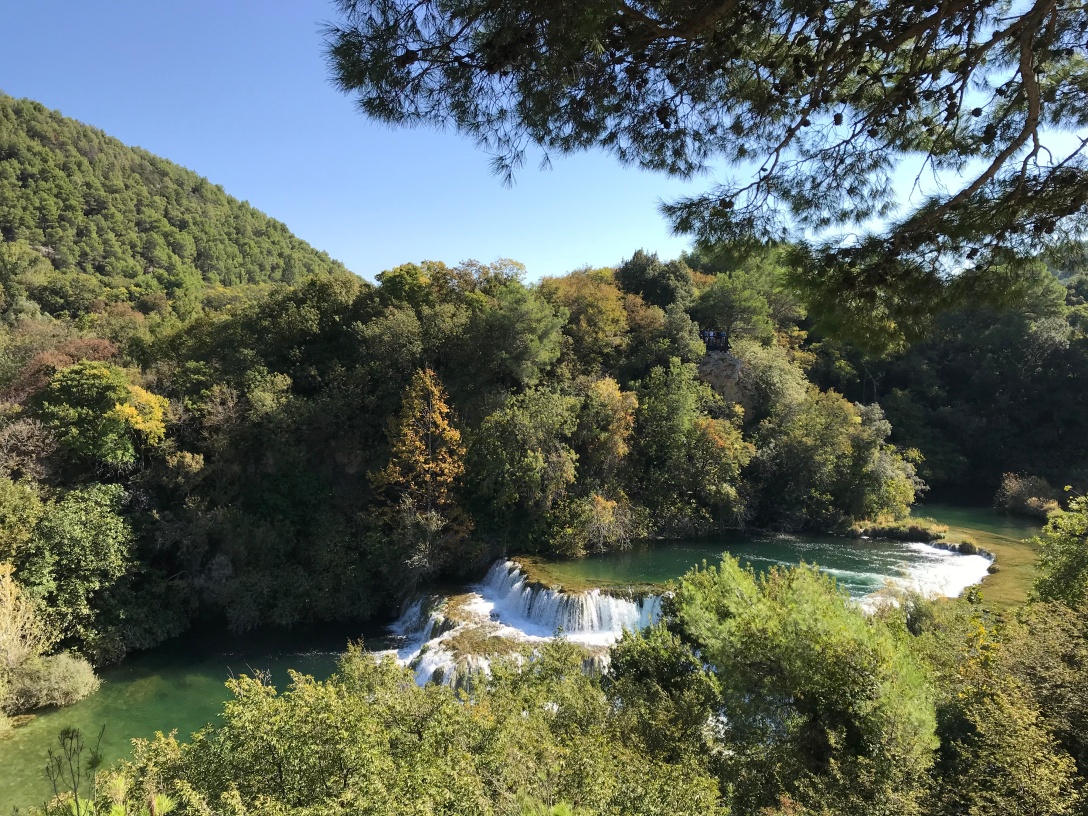 In late September, early October last year, me and two of my friends travelled to Croatia. We were only staying there for a few days, however we tried to fit as much as we could in such a small space of time. We visited the popular island of Hvar, an amazing place named Dubrovnik, and a bustling town called Split, not to mention the astonishing KRKA National Park which had the most spectactular waterfall (which we discovered was very hard to swim in).

After staying a night in Split, the next day we travelled to the KRKA National Park, which was a very popular tourist destination. It was busy however it was worth it, in the heart of the park we found a stunning waterfall which you were allowed to swim in. That opportunity doesn’t come around often, so we jumped at the chance even though the water was freezing cold despite the blazing hot sunshine.

The following day we travelled to the island of Hvar. This was a very popular tourist destintion, bustling with culture and the cliche instagram hotspot. As usual the sun was high in the sky beaming down on the tourists capturing the occsional Brit who didn’t put enough suncream on, we took a walk along the edge of the harbour and the edge of the beaches where expensive yachts were slowly passing by us, creating a relaxed atmosphere as time seemed to feel like it was slowing down, giving us the opportunity to take in every single moment we could.

Our final destination was probably my personal favourite. Dubrovnik. We stayed in a  place called Old Town, The Town was enclosed by the walls of a castle, yes I admit Dubrovnik was on the pricey side of things but it was so worth it. The food was delicious the culture was stunning and the history of the town was thrilling. So much beauty and culture in one place creates such an emazing energy, street acts performing, such as the small dance group showing off their talent just outside the castle gates. I even found out that some of the hit TV series Game Of Thrones was filmed in Old Town.

I would hands down recommend Croatia to any one who is interested in holidays which include a lot of culture and history. Side note, there is A LOT of walking involved and stairs, it keeps you fit trust me.

Advocate for mental health, I enjoy writing the occasional post about my ramblings and maybe with some lifestyle thrown in the mix too. View all posts by Bethany Kathleen

This site uses Akismet to reduce spam. Learn how your comment data is processed.